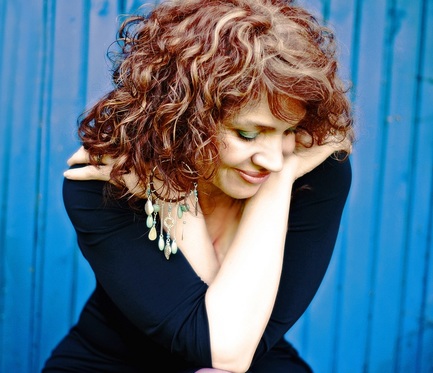 Artist Enquiry
“One of our finest singers, regardless of category”   The Sunday Times

'Had I not been sitting about three feet away from the action, I would have
suspected some kind of electronic trickery because the arrangement was so complex,
the timing so nifty and Ms Dankworth’s vocal control so exquisite"     The Observer
Daughter of Dame Cleo Laine and Sir John Dankworth, it’s no surprise that Jacqui Dankworth is regarded as one of the UK’s finest jazz vocalists.  Although known primarily as a jazz singer, Dankworth was described by The Sunday Times as “one of our finest singers, regardless of category” and has collaborated with a diverse array of musicians and groups throughout her career including Marvin Hamlisch, Paloma Faith, Alan and Marilyn Bergman and Chick Corea. She is also an accomplished actress, having performed leading parts with The Royal Shakespeare Company, The National Theatre and in London West End musicals including Steven Sondheim’s Into the Woods.

In this very special and intimate evening, Jacqui turns her attention to the most iconic vocalists of the Twentieth Century - including Ella Fitzgerald, Billie Holiday, Sarah Vaughan, Nina Simone and Peggy Lee.

Through a diverse repertoire arranged and curated by Jacqui, the concert celebrates their music of the ‘Jazz Sirens, whose legacy and influence defined a classic era of jazz singing. Featuring classic numbers that made them international stars, alongside stylish reworkings of lesser-known gems, this is an evening of world-class music celebrating the 'Jazz Sirens'.

'Just You, Just Me'
Featuring US piano-vocalist, Charlie Wood

Multi award winning vocalist, Jacqui Dankworth, is joined by the acclaimed American pianist-vocalist, Charlie Wood for a unique concert of duets celebrating a century of song.

Inspired by some of the great musical partnerships, such as Ray Charles & Betty Carter, Ella Fitzgerald & Louis Armstrong, Duke Ellington & Billy Strayhorn, George & Ira Gershwin and Roberta Flack & Donny Hathaway - this beautiful and intimate show will feature wonderful songs including: Alone Together, Autumn In New York, It Don't Mean a Thing, A Foggy Day, The First Time Ever I Saw Your Face and You've Got a Friend.

Featuring film classics like 'On My Own' (Les Misérables), 'Almost Like Being in Love' (Brigadoon), 'What I Did for Love' (A Chorus Line), 'Windmills of Your Mind' (The Thomas Crown Affair), 'Speak Softly Love' (The Godfather) and 'Nature Boy' (Moulin Rouge). Alongside these, there is also a selection of other number which started life on the silver screen and have now become jazz standards, including 'The Folks Who Live on the Hill', 'Pure Imagination' and many more.
The show features some of Jacqui’s favourite songs stunningly arranged for big band and strings and was premiered at London's Cadogan Hall. The concert was a huge success and Ireland's broadcaster, RTE, invited Jacqui to perform for their New Year celebration Gala Concert at Dublin’s Concert hall.  This was followed by an invitation from the  RLPO Orchestra at The Liverpool Philharmonic Hall to perform their New Year’s Eve concert.

“It’s a thrill for me to sing these timeless masterpieces with such stunning arrangements,
a great conductor, and sublime musicians. I feel very lucky!”  Jacqui Dankworth
​Videos: