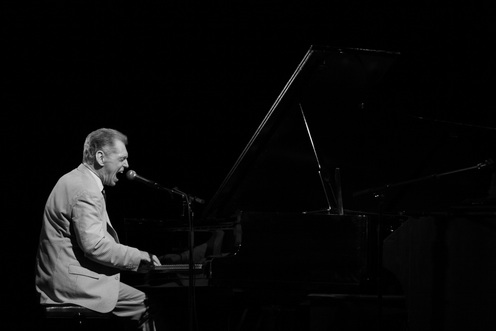 Artist Enquiry
"Sends us home happy to have been in the presence of genuine cool"
The Guardian
With his much loved blend of Jazz and Rhythm & Blues, Georgie Fame has consistently worked in the highest musical circles and rightly claims a place amongst the icons of the British music scene.

So far there have been more than twenty albums and fourteen hit singles, including the Number 1’s: Yeh Yeh, Get Away and The Ballad of Bonnie and Clyde.  Add to this a long list of collaborations with some of music’s most famous names, including Muddy Waters, Gene Vincent, Bill Wyman, Eric Clapton and Van Morrison, amongst many others, and in Georgie Fame you have bona fide music legend!
"There's no point in doing it when Georgie Fame can do it ten times better"
Bill Wyman
Video: Georgie performing his hits 'Yeh Yeh' and 'Get Away':
Photos:
Artist Website: www.georgiefame.co.uk