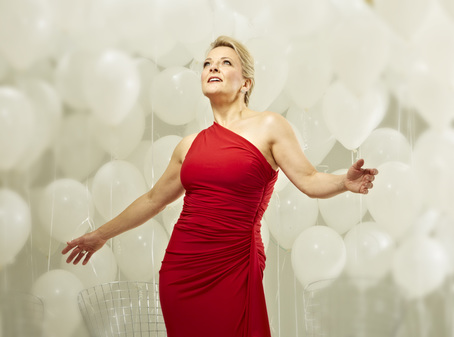 “A consummate jazz singer with old-school virtues …
she wins plaudits everywhere she works”
The Guardian
Acclaimed vocalist, Claire Martin, has spent the last 27 years honing the craft of jazz singing.  To worldwide critical acclaim she has established herself as a tour de force on the world jazz scene, as well as presenting programmes across BBC Radio platforms - including BBC Radio 3's 'Jazz Line Up'.

Signed to Linn Records in 1991, Claire has since released 17 CDs with the label, collaborating with musical luminaries including Martin Taylor, John Martyn, Stephane Grappelli, Mark Nightingale, Sir Richard Rodney Bennett, Jim Mullen, Ray Gelato, and Nigel Hitchcock.  Her latest album sees her collaborate with arranger and composer Callum Au in an ambitious orchestral setting, and has been met with critical acclaim.

A driving force behind the UK jazz scene Claire has won array of accolades, including a British Jazz Award no less than six times. Her massive contribution to music was noted in 2011 when she was the proud recipient of an OBE.
​Claire performing live at the Royal Albert Hall as part of the BBC Proms:
​Claire Martin Performing on the BBC's 'Jazz Nights'
Photos: