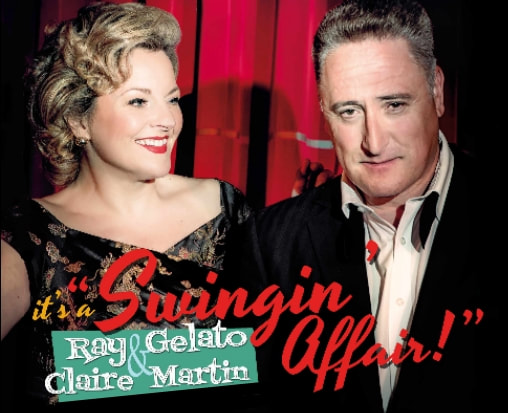 Join internationally the renowned vocalist and BBC Radio presenter, Claire Martin OBE, and legendary saxophonist and singer, Ray Gelato, for their new show together: 'A Swingin’ Affair' - celebrating the very best of 'The Great American Songbook'.

Alongside a trio of world-class of musicians, Claire and Ray revisit classics such as  'Let's Call the Whole Thing Off', ‘They Can’t Take That Away from Me’, 'They all Laughed' and 'Can’t We Be Friends’.

Their album ‘We’ve Got a World That Swings’ was described by The Observer as “Jazz Artistry” - so if you like your music sassy, sharp and swinging - this is the show for you.
A consummate jazz singer with old-school virtues … she wins plaudits everywhere she works   The Guardian