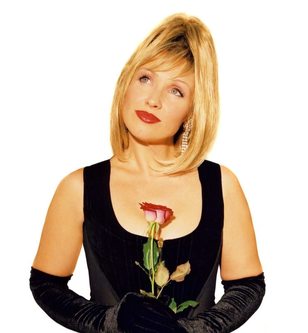 'With Tina May around who needs another singer?'  The Scotsman

‘One of the best jazz vocalists anywhere today’  The Observer
When Tina May steers you through an evening of musical tales filled with warmth, excitement and wit, you realise that she is one of the 'finest vocalist ever produced by Britain' [All Music Guide].

Since forming her first quartet in the early 1990s, Tina May’s astonishing vocal ability and hypnotic stage presence has won her worldwide acclaim.  Her numerous accolades include  Best vocalist and on several occasions, the Critic’s Choice Awards at the British Jazz Awards.

A gifted lyricist, consummate jazz artist and sparkling entertainer, Tina’s wonderful voice will already be familiar to ITV viewers from the catchy theme tunes of the popular series Infidelity and Airline as well television Commercials for the likes of Easyjet and Dove. Whilst music lovers know her as the astonishingly gifted vocalist, famous for performing not only standard songs from the pens of Jerome Kern, Harry Warren, Duke Ellington, George and Ira Gershwin, Richard Rodgers, Kurt Weill, Johnny Mandel, Sammy Cahn and Jimmy Van Heusen, but also material by Tony Newley, Paul Simon, and Chick Corea.
Photos: