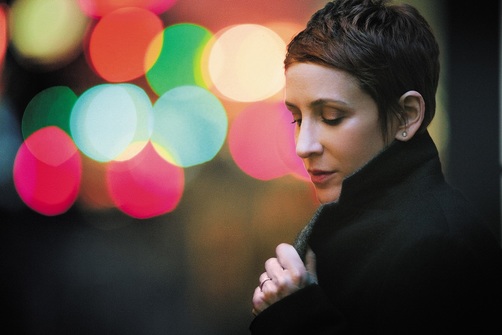 Artist Enquiry
"She has charm to burn, a smile that could give you hope
in February and sings like nobody's business"
The Wall Street Journal

"Stacey Kent has been quietly sitting on top
​of the world of jazz vocals, for many years"
Jamie Cullum
We are delighted to present the internationally acclaimed and Grammy-nominated vocalist, Stacey Kent, on tour with her stellar group of musicians, featuring music from her latest, critically acclaimed album, 'I Know I Dream' (Sony Music).

'I Know I Dream' is Stacey's latest release on Sony Music and features a remarkable collection of songs, including Bossa Nova classics, Chansons, American Standards, alongside reprises of some of Stacey's most loved repertoire.  Since 2003 and her breakthrough album 'The Boy Next Door', Stacey's repertoire has also broadened to include originals written specially for her by Booker Prize winning novelist, Kazuo Ishiguro and her husband and saxophonist Jim Tomlinson.

Her platinum-selling, Grammy-nominated ‘Breakfast On The Morning Tram’ (Blue Note/EMI, 2007), was described in Jazz Times as a "marvellously inventive launching pad for this bold, brave new Kent”. This was followed by ‘Raconte-Moi’ (Blue Note/EMI, 2010), Kent’s first live album ‘Dreamer in Concert’ (Blue Note/EMI, 2011), and ‘The Changing Lghts’ (Warner Music, 2013).

For Stacey, whose international touring schedule keeps her on the road for most of the year, her return to the UK provides a rare opportunity for UK fans to enjoy this incredible vocal talent, live in concert.
Video: Trailer
Video: Stacey Kent Performs Live in Lisbon